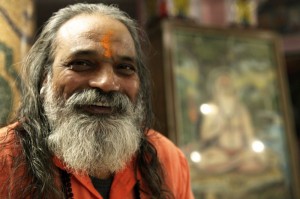 Atma, jivatma, antaratma, paramatma, the consciousness or paramtattva, etc — these are all names of the born soul. Any changes in the physical body or changes of the properties of the five elements in the Universe does not have any influence on the soul, which is enclosed in the body and is as immortal as the infinite, eternal, veritable and indestructible Universe. One can destroy the body but can never destroy the soul. This wisdom is widely spread by Guru Gorakshanath. This is the idea of the Absolute reality, unaffected by the authority of mind, consciousness and Maya. This idea of the ultimate Reality has absolute power over the five elements. The Natha yogis were able to acknowledge that the soul might be liberated from suffering through insensibility, self-sacrifice, knowledge and a system of sadhanas. The fundamental basis of knowledge of the liberation of the soul was established through the experience of meditation by true spiritual seekers. The knowledge of Atma, perception of Atma, manifestation of Atma will purify the consciousness. When the influence of the world of illusions becomes limited, only the Sadguru’s mercy and the way of yoga can help liberate from all frustration, and the soul becomes purer, deeper and richer. The Atma is not perceived through the physical form. There is no place for physical perception and any special regulations in the knowledge of Atma. There is no reason, no action, no sense. There is no acquisition, no return, no interrelation, but only eternal indivisible and preserving the spirit of Knowledge. At the same time the experience of Atma may be familiar. The knowledge of Atma, manifestation of Atma, subtle comprehension, the distinction of more subtle energies and the retrieve of prosperity are possibly through sadhana. Asana, pranayama, dharana, dhyana, samadhi and other forms of sadhana must refine and enhance perception. Obtained from your Guru “OM” or “OM SO-HAM” or others mantras intended for japa, singing and meditation, may help withhold the mind and lead it to the state of emptiness. All the imperfections of the body, mind and speech are sacrificed to the fire of Knowledge, thus one reaches the peaceful state of mind and liberation. Various sadhanas, tapasyas, maunas, hatha yoga, regulations, forms of upasana, tantras, mantras — are only external sadhanas, which set limitations on the sensory organs and control over the mind. Pranayama is the door to the channels’ purification and to the piercing Kundalini energy, which gives many of perfections, but without the manifestation of Atma all these actions remain simply mechanical and insignificant. However, without experience, Knowledge alone can not be the cause of salvation. Hence, awareness of Atma, knowledge of Atma, experience of Atma, manifestation of Atma — are the finest sadhana, path and method. This kind of knowledge and manifestation of Atma leads every willing soul to liberation. This is the true purpose of the human life.

Upasana
Upasana means the retention of mind next to the object. The mind serves an object which may be anything. This can be service for community or for otherworldly forces, but true service is possible only through service to God, and there are three types: the sadhu way, following yoga and following the bhakti way.

Karma yoga
According to Karma yoga, any affection must be offered as the supreme sacrifice through the performance of one’s obligations, renunciation and the devotion to duty.

Bhakti yoga
Bhakti yoga is addressing God in his favorite way, with full dedication and devotion. The devoted expresses his belief in the Deity through worshiping and thus he cultivates faith.

Gyaana yoga
According to the yogic wisdom, in order to cognize God as the ultimate truth one must learn detachment and renunciation. This kind of experience is the opposite to the Maya experience. The Divine knowledge is learned through the devotion to sadhana. This leads to liberation and salvation.